Defining a New Model of Education: What Do Coding Bootcamps Mean for Higher Ed?

David Clinefelter, Chief Academic Officer at the Learning House,  joins us on the Frontiers blog today to share a partnership that is bringing college credit to coding bootcamps, helping students gain real world skills and credit towards a college credential at the same time. Thanks, David!

Innovation is the name of the game in higher education recently, and the federal government is getting in on the act. The Obama administration has made improving access to education, increasing the number of high school and college graduates, and promoting skills for a 21st century workforce a priority. While not the only factor, this commitment has helped to drive the growth of a new form of learning called coding bootcamps. Taking their nomenclature from the intensive training new recruits into the armed forces go through, coding bootcamps are intended to provide short term (eight to 14 weeks), immersive (all day, every day) programs that train people to be software developers (coders).

A National Commitment to Change 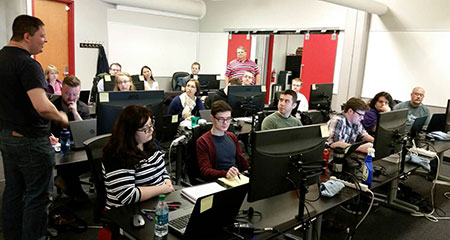 In early March, President Obama announced his Tech Hire initiative, which aims to help people acquire the practical skills they need for employment in “well-paying” technology jobs, such as software developers and coders. The initiative is encouraging both traditional colleges and universities as well as non-traditional providers to consider how they can better serve their population by enabling them to acquire relevant job skills for an evolving economy.

According to the White House, there are 500,000 open tech jobs, and not enough workers to fill this demand. These jobs are not concentrated only in tech hubs like San Francisco, but rather, are in cities across the country. Every city and region needs more coders.  To help meet this need, the Tech Hire initiative is trying to bring together public and private investment dollars, as well as encourage new, faster models of skill acquisition, such as coding bootcamps.

As part of the Tech Hire initiative, the federal government is investing $100 million to train and connect workers to good jobs in technology and related fields. Private companies, such as LinkedIn and Capitol One, are committing to aid the program.

Of those non-traditional models of education, coding bootcamps appear to be one of the most promising.

Not only is there a national commitment to increasing tech skills, but also local initiatives as well. Code Louisville, for example, is a coalition of government agencies and private enterprise developed to train people in Louisville, Kentucky, for the jobs of tomorrow.

The appeal of bootcamps is simple: in some short, defined period of time (typically eight to 14 weeks), students will gain relevant skills that will enable them to find a well-paying job. Although currently bootcamps are focused on teaching programming languages, it is possible that in the future, they will be offered in disciplines such as marketing or finance.

“Bootcamps offer a unique opportunity to serve a distinct population,” said Eric Wise, founder and Chief Academic Officer of the Software Craftsmanship Guild. “Because they are so short, intensive, and skills-based, they appeal to highly motivated, talented people who don’t want or need to commit to a four-year degree, but who do want to make a change in their career and their life.”

How Do Bootcamps Work?: A Case Study

Learning House, a provider of online education solutions, was intrigued by the potential of coding bootcamps, but also realized the academic potential this model had. When Learning House began to consider offering bootcamps, most of the providers in the space were small, for-profit companies that were focused primarily on job placement as an outcome. Learning House imagined more.

“Bootcamps provide a terrific introduction to coding, giving students a solid foundation in core principles of software development,” said Dr. David Clinefelter, Chief Academic Officer of Learning House. “But we also know the value of the four-year degree. We felt that by partnering with an accredited, not-for-profit institution, we could expand the potential of bootcamps.”

Learning House turned to one of its partner institutions, Concordia University, St. Paul, for help in launching this innovative program. Using curriculum and expertise developed by SWCG, Learning House and Concordia were able to develop a coding bootcamp in the St. Paul area. Not only did the course teach the fundamentals of .NET to students, but it also offered college credit to students who graduated from the program.  The credits count toward the University’s BS in Computer Science, and students are eligible for financial aid if they commit to continuing in the computer science degree program after completing the bootcamp.

“Working with Learning House and the Software Craftsmanship Guild allowed us to offer students in Minnesota an immersive experience that prepares them not only for the jobs of today, but also for the industries of tomorrow,” said Eric LaMott, Senior Vice President and Chief Operating Officer at Concordia University, St. Paul. “The development of this program supports our goal of being responsive to the needs of today’s students and relevant to the skills employers seek.”

Developing a bootcamp program is, in some ways, both easier and more difficult than launching a new traditional program.

“We were able to rely on the experience SWCG brought to the table, which was an immense help,” said Todd Zipper, President and Chief Executive Officer of Learning House. “But there were a lot of operational logistics that also needed to be figured out, and figured out quickly.”

Concordia University provided the classroom for the coding bootcamp, administrative services such as financial aid, and most importantly, academic oversight.  The Learning House provided marketing, enrollment management, and recruited companies for an employer network.

Once the physical space was identified and set up, students were needed. The appeal of bootcamps, however, was evident from the marketing campaign. With minimal marketing – a mention on a local morning television show, some radio advertisements, and word of mouth – the inaugural bootcamp class was quickly filled.

“Students want a program that they know will lead to a positive result,” said Zipper. “Our Coding Bootcamp so clearly offered relevant, real-world skills, leading towards jobs with high salaries. And because we were partnered with a college that students recognized, they knew they could trust the quality of the education they were receiving. It was a win-win.”

The Coding Bootcamp at Concordia is a 12-week, full-time, immersive program. From 9 a.m. to 4 p.m., students attend class in person and, through a mixture of lectures and practice, learn the fundamentals of either .NET or Java software languages.  The students are also expected to put in an additional 20 to 30 hours of work outside of the classroom per week.

Learning House has partnered with approximately a dozen local employers to help graduates find software development jobs. That employer network continues to grow, as demand from employers and IT recruiters increases.

For those students who wish to pursue their education, they are admitted into Concordia’s BS in Computer Science program, and will be given 12 college credits for completion of the bootcamp.

Even though the University and the Learning House were confident there was a need, the rapid success of the program still came as a surprise. Each session of coding bootcamp at Concordia has space for 12 to 16 students; before the first session launched, there was already a waiting list for the next session.

Such interest was not misplaced. Although the bootcamp demands a lot of time and energy, there was a 100% retention rate for the inaugural class.

“We asked a lot of our students,” said LaMott. “But we also worked to make sure everyone we admitted had the drive to succeed, and knew the expectations of both time and effort the bootcamp would require.” 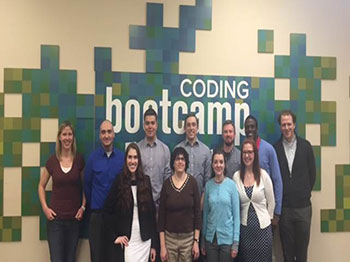 Before admission into the bootcamp, students are required to complete an aptitude test and conduct an interview with an admissions counselor. They also completed approximately 60 hours of prework (online tutorials about coding basics.)  This helped ensure that all who were admitted had enough interest and ability in coding to stick with the intensive program. These admissions requirements not only helped the retention rates of the program, but also helped ensure a better classroom experience, since almost all students had the same level of expertise and passion for the subject.

Job placement rates are calculated after 90 days, so the final numbers are not in yet for the first bootcamp class. But within the first two weeks after completing the bootcamp, almost 70 percent of students have jobs as software developers. Several have chosen to continue into the BS in Computer Science program at Concordia.

The next bootcamp session also is filled, and the same retention and job placement rates are expected.

What the Future Holds

“Bootcamps are an extension of the core philosophy of Learning House that education should empower you to live the life you want. We could not be more pleased to be bringing the expertise of SWCG into the Learning House family, and we look forward to being on the forefront of this new education model.”

As more bootcamps are offered and more employers experience the value graduates can bring to needed, and hard to fill, roles, Learning House anticipates even more partnerships with major employers and universities in cities where bootcamps are offered. This new model of education – one where education and industry work together to provide students with relevant skills that prepare them to become drivers of the economy – offers immense possibility. Learning how to successfully become a part of this new approach to education will be critical to the success of institutions in the coming decades. 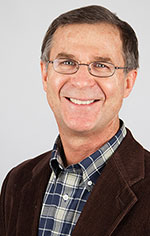