As of summer 2014 CCCOnline has been offering 6-week intensive courses.  These have shown great promise in terms of student interest, student success/retention, and instructor satisfaction.  Before I embark on this journey we’ve been on, first a little background on CCCOnline:  CCCOnline is part of the Colorado Community College System (CCCS) and is composed of 13 Colorado Community Colleges and CCCOnline.

CCCOnline is not its own college, but rather we are a service organization for the 13 CCCS colleges; we provide online courses on behalf of the colleges in our system.  It’s a relatively unique set-up and a good story for another day.  An interesting note here is that many of the colleges also have their own online offerings delivered through their respective colleges.  Now, let’s get back to our experiences with offering shorter intensive term courses.

During the spring semester of 2014, CCCOnline decided to begin a quest to offer 6-week short courses.  Previously, our terms were 10- and 15-week terms.  We wanted to know:

And last, our Executive Director wanted a summer 2014 pilot, so an urgent question was

Anecdotally, students often asked if they could finish online courses earlier than the class schedule indicated.  Nationally, we were aware of other online schools offering alternatives for students to finish their degrees more quickly.  So, the time seemed right to give this a try.  After one pilot run (summer 2014) and one full semester run (the spring 2015 semester consisted of a 15 week, 10 week and two 6 weeks parts of term), we found students are definitely interested in these intensive 6 week terms.  Compared to the enrollments at our system colleges, due to our 6 week courses, our enrollments for the summer and spring terms were up when most of the CCCS colleges’ enrollments went down.  Our 6 week online courses accounted for much of our growth.

Which courses would be best to offer in a shortened timeframe?

Our Associate Deans and Program Chairs were engaged in a conversation on which courses they felt could be responsibly offered in this timeframe.  After receiving suggestions from this group, we looked at enrollment numbers for these courses as well as reviewing CCCS’ Associate of Arts and Associate of Science degrees.  Courses selected from the suggestions provided by the Associate Deans were those with healthy enrollments (so we were assured of student interest in these courses) as well as courses that could be taken in order to help completion with a 2-year degree.  Most of the courses were in our Liberal Arts/Humanities areas and included English, History, Communications, Sociology, and Psychology courses.  We also selected a couple of 1-2 credit health care courses as health care programs are in high demand.

During the spring 2014 semester, our Executive Director wanted to go with a 6-week part-of-term pilot for summer 2014.  Since there’s no time like the present to jump in with both feet, we decided to go for it.

We had about 3 months to revamp 13 of our courses to a 6-week format.  To this end, we contracted with an external vendor to take our 13 pilot courses, redo the schedule and course alignment to fit a 6 week term and fit our courses into our existing Master Course Template.  In short, it was a mad scramble but we got it done and out the door.  The courses weren’t perfect, but they were good enough to run a successful pilot.

Here are some lessons learned:  if you can sufficiently plan ahead and not do a mad dash to the finish line this will significantly lengthen the life of your employees.  Also, in hindsight, we probably could have done a quicker, less expensive, and better job if we had kept the work in house and used our internal subject matter experts and instructional designers.  Since our timeline was so short, much time was spent communicating back and forth on expectations with the external vendor.  If we had kept the work in-house, the work would have been more efficient.

On a side note, we chose instructors who were among our best to teach these intensive courses.  As much as possible, we wanted to make sure that for these courses we had instructors who were highly skilled with online teaching and thus would be highly engaging and responsive for the students.

How did the retention/success rates compare with our 10 and 15 week terms?

For the 6-week pilot, we were expecting lower retention/success rates.  This happened in some courses but the success rate also happened to be higher in some areas.  The average pass rate for these courses was 67.25% and the average DFW rate was 32.77% (the average drop rate was 19.33%).  These percentages are more or less in line with our 10- and 15-week terms – we were happily surprised.

Anecdotally, we received comments from student and instructors alike that these courses were indeed very “intense” but the fast nature made both students and instructors very focused on the courses.  Many students felt like they learned more due to their higher levels of engagement and instructors were grateful for finishing their teaching duties early and having some time to enjoy the summer.

Some students felt the courses were too fast. Many were able to figure this out soon enough to drop the course without any financial penalty.

What are our plans going forward?

For spring 2015, we were able to add three additional 6-week courses, so currently we have a total of 16 courses (two more being developed).  For the summer 2015 semester, we will offer a 10-week term and a 6-week “Fast Track” term.  For fall 2015 we will offer a 15, 10 and two 6-week terms.  After the fall 2015 semester, we will look at the enrollment, retention and success data for these intensive courses and determine which parts of term to best offer certain courses.

With questions or comments in regards to this topic, please feel free to contact Terry Reeves at terry.reeves@cccs.edu or call at 720 858 2215. 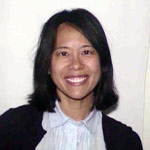