OIG Report on WGU, Part 3: A Brief History of ‘Regular and Substantive Interaction’

Thank you to Van Davis for this third entry on our series examining the U.S. Department of Education Office of Inspector General’s Audit Report of Western Governors University. Today, Van examines the changing nature of definitions used over time. Is it just me or is it hard to comply with changing definitions? Thank you, Van!

Watch for a new pop-up session on these issues at the WCET Annual Meeting next week. See you in Denver.

A little over two weeks ago, the U.S. Department of Education’s Office of Inspector General (OIG) released its long-awaited and much anticipated financial aid audit of Western Governors University (WGU). Since then, there have been a number of great discussions of the report as well as its potential impact on higher education. Today, in the third post of our series on the audit, we are going to take a trip down memory lane and revisit a post that we wrote last year that reviewed all of the available information at that time on “regular and substantive interaction,” the issue at the heart of both the audit findings and the source of much discussion among online educators.

A little history on “regular and substantive”

If you follow graphic novels, or even Marvel or DC movies, you know that every hero and villain has an origin story, and “regular and substantive interaction” is no different. The ‘80s saw an explosion of postsecondary vocational education programs offered via correspondence. Unfortunately, the Department of Education found substantial amounts of fraud among these programs, leading to the expansion of the Department of Education’s regulatory authority in 1992. Under the Higher Education Amendments of 1992, institutions at which more than 50 percent of its students were enrolled in correspondence education were no longer eligible for Title IV financial aid.

As a result of the increased regulations, Congress defined correspondence in 1992 in 81 FR 92262. Central to that definition of correspondence is this piece (emphasis added):

“A course provided by an institution under which the institution provides instructional materials, by mail or electronic transmission, including examinations on the materials, to students who are separated from the instructor. Interaction between the instructor and student is limited, is not regular and substantive, and is primarily initiated by the student. Correspondence courses are typically self-paced.”

“Distance education means education that uses one or more of the technologies listed in paragraphs (1) through (4) of this definition to deliver instruction to students who are separated from the instructor and to support regular and substantive interaction between the students and the instructor, either synchronously or asynchronously.”

The statute goes on to specify four categories of technologies that include: the internet, one-way and two-way transmission broadcasts, audio conferencing, and, in some cases, recorded material.

So why this trip down memory lane? These definitions, and the “regular and substantive interaction” language embedded in them continue to be at the heart of debate over the financial aid eligibility of both competency-based education (CBE) and online education. And, in terms of the most recent OIG report, the definition of “regular and substantive interaction” appears to have shifted.

Defining “regular and substantive”—then and now 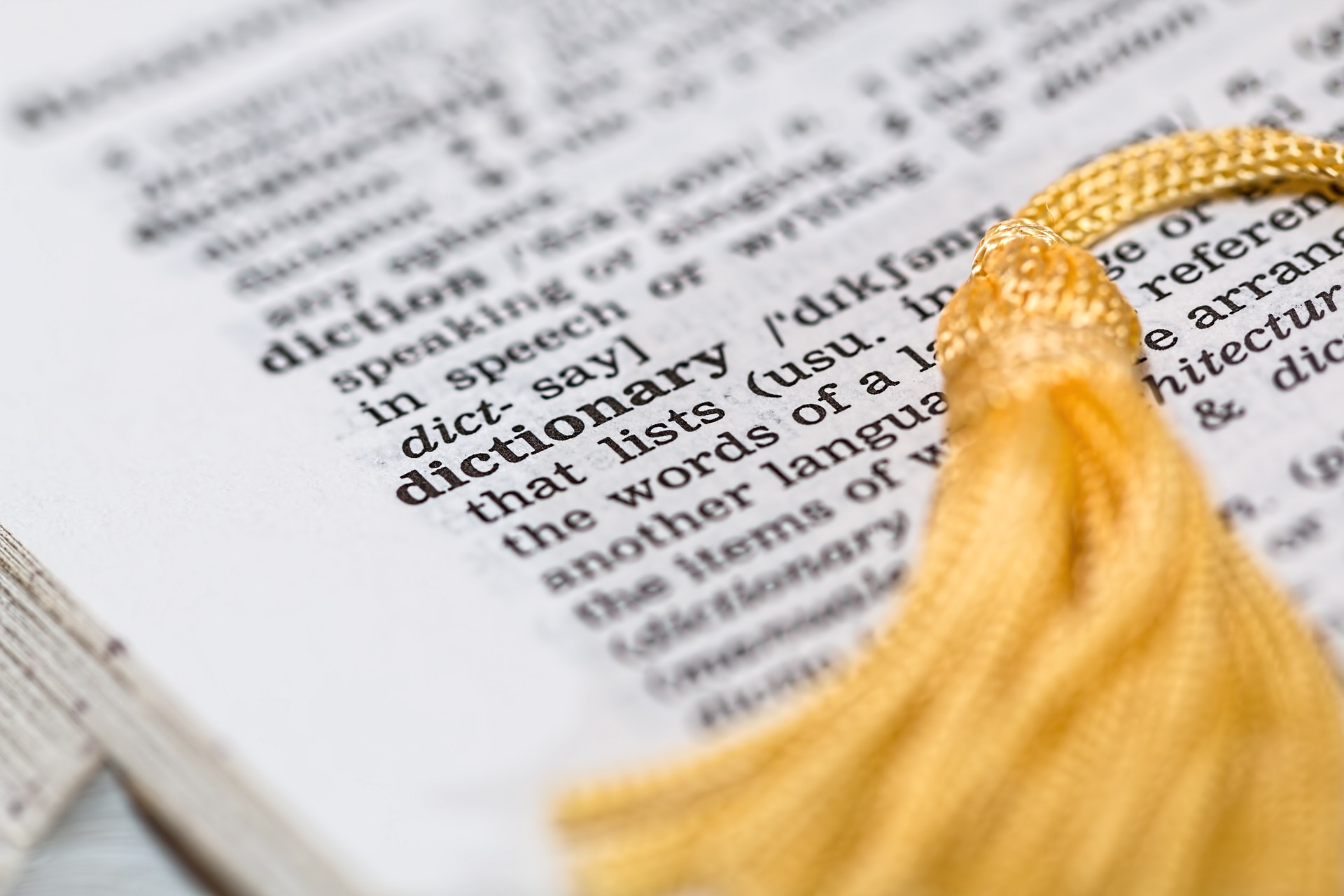 The OIG first applied “regular and substantive interaction” in its 2011 audit finding against St. Mary-of-the-Woods College (see Russ’s excellent post for more background) where it focused on the technologies used for interactions between faculty and students. According to the audit, faculty teaching distance education courses at St. Mary-of-the-Woods rarely used technologies such as a learning management system or online discussion forums. As a result, the OIG ruled that “instructors did not deliver lectures or initiate discussions with students. Tutoring and other instruction resources were provided at the student’s discretion.” Thus, St. Marys-of-the-Woods was offering correspondence education and ineligible for federal financial aid.

However, that still begs the question—what constitutes “regular and substantive interaction?” The same Dear Colleague letter went on to list several different types of educational activities, that at least within the context of competency-based education, might constitute “engagement” including:

Sadly, though, the letter quickly goes on to state, “Note that not all of the educational activities described above fulfill the requirements for regular and substantive interaction between students and instructors.” Nowhere does the letter go on to elaborate or clarify this last statement.

So, we’re back to the question—what’s regular and substantive interaction?

The recent OIG audit report goes a bit farther in defining “regular and substantive.” Unfortunately, those definitions have no basis in statute. On pages 14-16 of the report, the OIG lays out what they believe to be the “ordinary meaning” of “regular and substantive” interaction between students and instructors. Instructors are, according to the OIG, “someone who instructs or provides knowledge about the subject matter of the course,” and that includes only course mentors and evaluators. Substantive interaction is defined as “relevant to the subject matter” and involves a “student interaction with a course mentor or required an individual submission of a performance task for which an evaluator provided the student feedback.”

Most importantly, the OIG goes on to define what is NOT substantive, and here’s where online education programs should especially pay attention. Substantive interaction does NOT include:

Finally, the OIG tackles regular interaction and defined it as “occurring with some reasonable frequency considering the school-suggested length of the course.”

What does this look like on a practical basis? We can find a hint at that on page 5 of the report where the OIG recommends that WGU should: “Ensure that the school-defined academic year will include at least 30 weeks of instructional time and each of the weeks will include at least 1 day of regularly scheduled instruction or an examination” (emphasis added). But where did this definition come from?

“In general, a week of instructional time is any seven-day period in which at least one day of regularly scheduled instruction or examination occurs… Thus, in any seven-day period, a student is expected to be academically engaged through, for example, classroom attendance, examinations, practica, laboratory work, internships, and supervised studio work. In the case of distance education and correspondence education, academic engagement would include, but not be limited to, submitting an academic assignment; taking an exam, an interactive tutorial, or computer-assisted instruction; attending a study group that was assigned by the institution; contributing to an academic online discussion; and initiating contact with a faculty member to ask a question about the academic subject studied in the course.”

In last week’s post, we laid out some suggestions about what you should be doing in light of the most recent report—react but don’t over-react; engage faculty; engage administrators; engage government affairs staff; and be open with students and employer partners. And you should do all of those things. 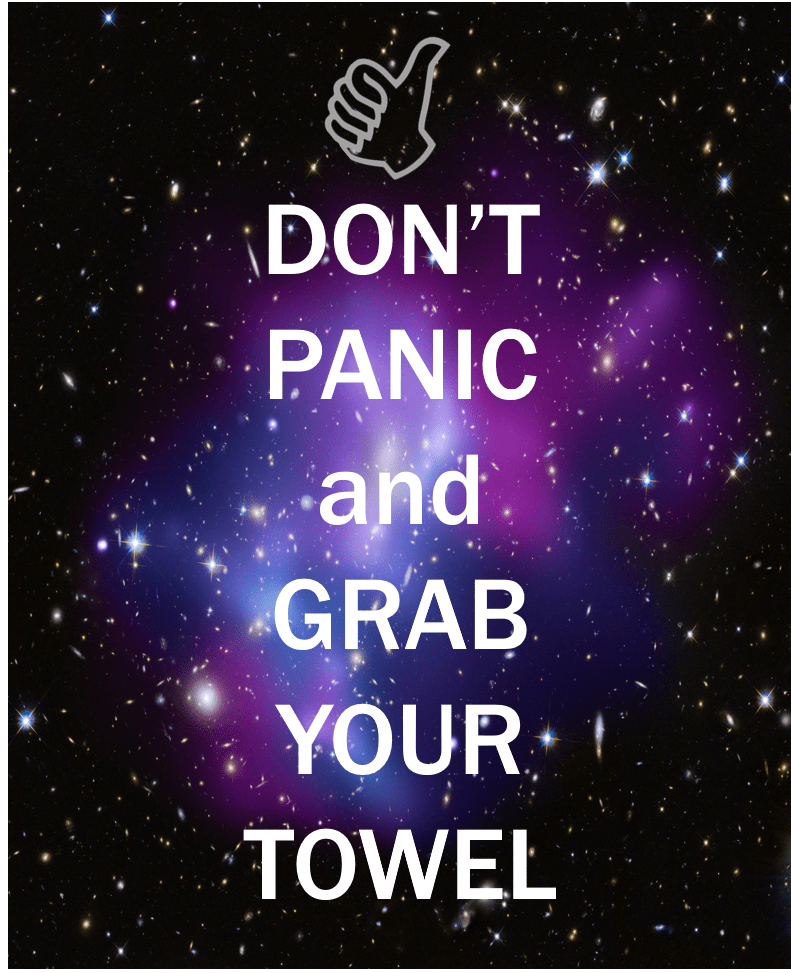 But we would also argue that the broader distance education community now has an opportunity to substantially engage in what may be the most critical conversation yet—how do we walk the line between crafting regulatory language that ensures that the students enrolled in all forms of online education receive a high-quality education, without stifling the very innovation that can improve student access and success?

In the meantime, let’s all find our towels and take our cue from the cover of the greatest travel book of them all– The Hitchhiker’s Guide to the Galaxy. Don’t Panic.

6 replies on “OIG Report on WGU, Part 3: A Brief History of ‘Regular and Substantive Interaction’”

Great article, Van. One of the best summaries I have seen and I will be sure to share this with my academic colleagues here in Alaska.

I will reiterate my comments from Russ’s last blog on the matter here as well. I do think that WCET is well suited to lead the definition of “Regular and Substantive Interaction.” I say this fully knowing its for the government to define, but surely WCET, given its place in the field, respect, and the number of influential contacts, can propose to the feds that they adopt a definition defined by the community working within the field. Why should we wait for them to define it for us? Let’s take matters into our own hands and come up with a standard and take it back to them. I know it won’t be easy, but that seems like a better choice than constantly struggling to understand what they mean.

[…] “Competency-Based Education” (beginning on page 28) seem to subtly address the issues regarding “regular and substantive interaction” in the audit report of WGU. Let’s look at a portion of the new competency-based education (CBE) […]

[…] on the issue. Van and I again tried to make sense of it all in our series of posts (Part 1, Part 2, Part 3) trying to interpret the finding. Departmental guidance on this issue has been lacking. While we […]

[…] WGU audit brought the definition of “regular and substantive interaction” into the limelight. We want to […]