Recapping the 2020 Election: What Higher Education Can Expect

The election of Donald Trump in 2016 significantly impacted higher education, perhaps more than any recent election. Citing her belief that “We must expand our thinking about what education actually is, as well as resist the urge to expect all students to follow the same track,” Secretary of Education Betsy DeVos has presided over a number of educational changes including:

Alternatively, Brian C. Rosenberg, president emeritus of Macalester College, recently described President Trump as an “epistemological hand grenade” that presents “a challenge to the existence of the university itself.”

So what does higher education have to look forward to under a Joe Biden administration?

The Biden administration faces a number of significant higher education challenges including the financial impact of the pandemic, racial inequity, college affordability, and the continued need to pass critical higher education legislation such as the reauthorization of the Higher Education Act.

The Pandemic and College Affordability

Institutions are continuing to feel financial and enrollment pains stemming from the current pandemic. In addition to drops in fall enrollment, as much as 9.4% at community colleges, institutions also face revenue drops from both tuition and, for residential campuses, room and board. Many institutions, in an effort to shore up budgets, have turned to furloughs as well as eliminating low-enrollment academic programs (that would also come with permanent reductions in faculty lines).

It’s no wonder that the financial stability of higher education was downgraded by Moody’s back in March. And it’s doubtful that the worst of the financial challenges are over as many states expect huge budget shortfalls that will impact public higher education institutions. The American Council on Education estimates that at least another $120 billion in federal stimulus funding directly to institutions is needed to shore up higher education budgets during the pandemic. And with over 44 million Americans holding over $1.5 trillion in student loans, it is safe to say that America has a student debt and college affordability crisis. It should come as no surprise that the free college movement has gained such traction in the last several years.

For anyone paying attention, the racial inequities in higher education should come as no surprise and go far beyond Confederate monuments or the names of buildings. In its annual The Condition of Education, 2020 report, the Department of Education reports that in 2018, the most recent data available, only 37 percent of 18 to 24 year old Blacks were enrolled in postsecondary education as opposed to 36 percent of LatinX and 42 percent of whites. These racial discrepancies are even greater when considering retention and credential attainment. As of 2017, 30.2 percent of Black first time students had neither attained a credential or were still enrolled as opposed to 29.9 percent of LatinX students and 23.2 percent of white students. Racial inequity remains strong in higher education.

In normal times, the Higher Education Act (HEA), the omnibus higher education bill that covers everything from financial aid to sexual harassment, would be renewed every five years. However, HEA was last reauthorized in 2008, 12 years ago. As a result, much of the response to current higher education challenges has been relegated to regulations passed by the Department of Education. These regulations, though, cannot take the place of HEA reauthorization as the Department is legislatively limited in what and how it can regulate. HEA reauthorization has been the victim of partisan battles for the last several years and, with a divided legislature will likely remain unauthorized for the foreseeable future.

There are several pieces to the 16 page plan, but the main components include addressing regulations meant to protect students, decreasing student debt, the development of free college for many students, and providing expanded funding to HBCUs and MSIs.

There are several potential regulatory actions that Biden has signaled that he supports. The President-elect has signaled that he supports a “quick end” to the Title IX rules recently adopted—rules that many in the Democratic Party and on college campuses believe will have a chilling impact on sexual assault victims. Biden has also vowed to “stop for-profit programs from profiteering off of students” by bringing back Obama era gainful employment and borrower defense regulations and eliminating the 90/10 loophole that allows for-profit institutions an incentive to enroll veterans and active duty service members.

Additionally, he has signaled support for changing bankruptcy laws to permit the discharge of private student loans in bankruptcy as well as empowering the Consumer Financial Protection Bureau to “take action against private lenders who are misleading students about their options and do not provide an affordable payment plan when individuals are experiencing acute periods of financial hardship.” Finally, the President-elect has signaled support for restoring federal protection to transgender and non-binary students.

President-elect Biden has proposed a number of measures that would lessen or completely eradicate student debt. Chief among those includes a proposal to cancel $10,000 of student debt for all borrowers as a part of pandemic relief as well as extending debt forgiveness to public education borrowers earning less than $125,000 per year. In addition, the Biden plan proposes to expand the public loan forgiveness program as well as automatically enroll all borrowers in an income-based repayment program that would cap repayments at five percent of discretionary income and automatically eradicate any remaining debt after 20 years of regular payments.

The President-elect has also signaled interest in extending the student loan relief slated to end December 31, 2020, by extending that relief through November 2021. But the student debt plans that have garnered the most discussion are the Biden free college plans where Biden proposes to make two years of public community college free for all students and the remaining two years at a public university free for families earning less than $125,000 per year.

Such a program comes with a potentially high price tag, however, with cost estimates of up to $1.38 trillion over the next decade with states picking up a quarter of the costs. Biden has also proposed an additional $70 billion for aid for students at Historically Black Colleges and Universities, effectively making a baccalaureate degree free for many of those students.

The Biden plan’s economic impact is not limited to free college programs, however, as he has also signaled support for doubling Pell Grants as well as significantly increasing federal funding for community colleges and HBCUs and MSIs. In fact, under the Biden higher education plan, community colleges would be one of the biggest winners, perhaps signaling the influence of the soon-to-be First Lady and community college English professor, Dr. Jill Biden. Also standing to gain are HBCUs and MSIs, perhaps signaling the influence of Vice President-elect Kamala Harris, a HBCU graduate. Increased federal funding proposed under the Biden plan includes:

Conclusion: How realistic are these higher education plans?

Perhaps the billion-dollar question is how realistic are any of the President-elect’s higher education plans. Terry Hartle, Senior Vice President at the American Council on Education, recently suggested, “We’ll be looking at a once-in-a-generation effort to invest in America’s students and workers.” However, such an investment is not likely to come easily. Although it would be possible for President-elect Biden to accomplish some of his goals through executive order, those plans with higher price tags such as doubling the Pell, free college, and increased community college and MSI funding would require Congressional approval. And that approval is unlikely to come from a divided Senate.

There are currently two Senate seats that are undecided in Georgia that are headed to a January run-off. Assuming that the Democrats picked up both of those seats, there would be a 50/50 split that could be broken by the Vice President voting. However, they would not have enough votes to overcome a Republican filibuster, effectively giving the Republican party veto approval over any legislation. The calculus is complicated with a Republican majority or even an evenly split chamber. In either of those cases, Democrats would need to maintain strict party loyalty (a difficult feat) and peel away Republican votes while still facing the threat of Republican filibuster. This environment will make it all but impossible to pass expensive higher education reform such as free college or widespread student debt forgiveness. It even puts into question the ability to see the reauthorization of the Higher Education Act.

With a Congressional path towards action highly limited, President-elect Biden will likely be forced to focus on the use of executive actions such as executive orders or Department of Education regulations as the primary mechanisms for change. This reliance executive actions and regulations will severely limit the President-elect’s ability to pass more controversial programs and instead focus on smaller, more bipartisan initiatives such as increasing Pell grants and perhaps targeted student debt alleviation programs such as expanding the current public loan forgiveness program. We can also expect to continue to see a heavy emphasis placed on the regulatory role of the Department of Education around issues such as Title IX sexual harassment regulations, transgender and non-binary student protections, gainful employment regulations, and borrower defense regulations.

Regardless of what the next four years holds, you can rest assured that WCET will be closely following developments in Washington, DC, and blogging about it here at WCET Frontiers. 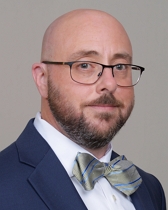