In talking with institutional personnel, I’ve noted some confusion about different aspects of the state authorization regulations.  There are still many who believe that the federal deadline to be in compliance for those offering distance education in each state is July 1 of this year.  That is not so.  There is currently no federal deadline deadline for distance education, but there is another deadline that is explained below.  Meanwhile, states expect institutions to be in compliance prior to performing any activities (such as advertising, enrolling students) in a state.  Each state’s regulations are still in force. Thank you to our friends from Cooley, LLP for this guest blog post clarifying the issue.
Russ Poulin

By now everybody knows that one of the more controversial Program Integrity Regulations is the State Authorization Rule found at 34 C.F.R. § 600.9, which is the subject of a negotiated rulemaking beginning  next week.  But what many do not realize is that the State Authorization Rule is actually two state authorization rules:  (1) the Distance Education Rule (now vacated) and (2) the On-Ground Rule (still in effect).  Each rule addresses distinct aspects of an institution’s state authorization status and carries a different set of requirements.  Failing to distinguish between the two rules can lead to confusion. 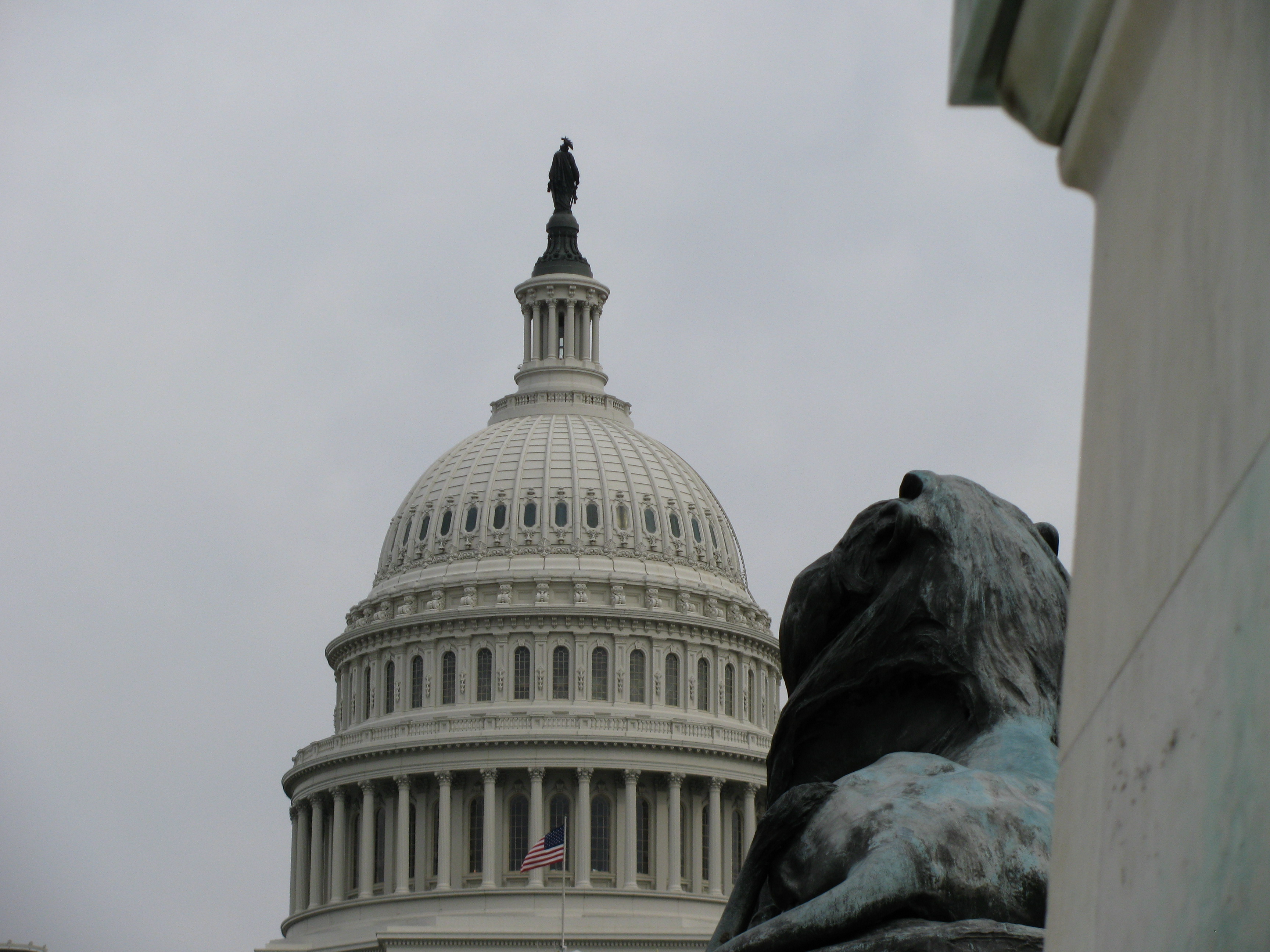 Status:  Not in effect – this rule was vacated by a federal court in 2011 (and the court’s decision was upheld in 2012 on appeal).  ED is currently proceeding with a new negotiated rulemaking to potentially re-introduce the Distance Education Rule.

Summary:  This is the rule that most institutions and the State Authorization Network (SAN) have focused upon over the past couple of years and that gave rise to the State Authorization Reciprocity Agreement (SARA).  In short, it required an institution to be authorized in any state in which it enrolls students into a distance education program if state law requires the institution to be so authorized.  This rule did not require states to regulate institutions providing distance education and did not establish minimum criteria that states must use to authorize institutions. It simply required institutions to prove to the Department upon request that they have all necessary approvals as a condition to Title IV eligibility.

How to Comply:  The Distance Education Rule was thrown out by a federal court in APSCU v. Duncan and ED is currently prohibited from enforcing it, but underlying state laws are entirely unaffected by the court ruling.  Those state laws are still in effect.  So, failing to obtain authorization in a state where your institution is required to be authorized under state law is a violation of state law but generally not a violation of the federal requirements for participating in Title IV. (Misrepresenting your approval status, however, or failing to disclose the applicable complaint agency in any state, would violate the federal Title IV rules.)

Common Misconception:  “The Department’s Dear Colleague Letter (DCL) gave an extension until July 1, 2014, so I don’t have to worry about authorization for my institution’s distance education programs until then.”

Fact:  In 2011, ED issued a DCL granting an extension until July 1, 2013 to institutions making a “good faith” effort to comply with the Distance Education Rule; however, this guidance is no longer in effect because the rule was struck down.  That DCL has no impact whatsoever on an institution’s obligation to get authorized under state law.  A May 2013 DCL granted a separate extension that only applies to the On-Ground Rule (which is discussed next).   Thus, whether your institution needs to be authorized in a state where it is providing distance education is currently only a matter of state law – and there is no federal extension regarding the need to comply with state law.  Any “good faith” extension is at the discretion of the state regulators.  If the Distance Education Rule comes back, the Department will determine a new effective date upon publication of a final rule (which may or may not include a built-in “grace period”).

Status: The On-Ground Rule rule was unaffected by the federal court ruling that vacated the Distance Education Rule.  However, ED, through a DCL in May 2013, delayed implementation until July 1, 2014 to allow states and institutions time to come into compliance with the Rule.

Summary:  The On-Ground Rule requires institutions to hold a sufficient authorization (as defined by ED) in their “home state” and each state where they are physically located.  The On-Ground Rule essentially sets up two routes to compliance – an institution is required to satisfy one of two tests to remain compliant with Title IV requirements.  Under the first test, an institution must demonstrate that it has been established “by name” as an educational institution by a state “through a charter, statute, constitutional provision, or other action issued by an appropriate state agency or state entity.”  An institution so authorized may be exempt by the state from licensure requirements based on its accreditation status or if it has been in operation for at least 20 years.

Under the second test, an institution that does not meet the first test may still participate in ED’s Title IV programs if it is established by the state “to conduct business or to operate as a nonprofit institution.”  However, the rule provides that institutions so established may not be exempt based on accreditation or years in operation and must demonstrate that they have been authorized to offer postsecondary programs in the state.

The On-Ground Rule has been the subject of significant confusion and controversy. The most significant controversy centered primarily on how ED determines which part of the test applies – in other words, which institutions have been “established by name as an educational institution in a State,” and which have been established simply “to conduct business or operate as a nonprofit charitable institution.”  Specifically, it is still not clear what constitutes an “other action” by a state that would satisfy the second test.  ED released a DCL in August 2013 to provide at least some clarity on this issue.  The August DCL provided two concrete examples of “other action” that the Department may find acceptable:

Institutions may also submit “similar documentation to the Department for review,” but the DCL does not provide any guidance as to what documentation would be considered similar.

Despite these attempts to clarify its position, confusion still reigns regarding the On-Ground Rule because ED has not definitively identified which states have insufficient authorization processes.  ED’s informal guidance has been largely inconsistent and reports that ED considers for-profit institutions to be ineligible for authorization under the first test have caused additional confusion.  Such a position is not presented in the DCL, and is without any apparent basis in the Higher Education Act or applicable regulations. (See Doug Lederman, Differentiation vs. Discrimination, Inside Higher Education, Oct. 13, 2013).

To be protected by the federal stay in enforcement, institutions must obtain an extension letter from their state authorizing agency if the state has not met the federal requirements, or if there is a question about their authorization status under the two tests.  The extension letter must indicate that the additional time will allow the state to take steps to enable institutions to come into compliance with the On-Ground Rule.

How to Comply:  If you are authorized by a statute, charter, or constitutional provision in the state(s) in which you are physically located (as most public institutions are), you are likely already compliant with the On-Ground Rule.  The same is likely true if you participate in a state grant program or have an articulation agreement with an in-state public institution.  If your authorization is based on a license or registration, the question is a little more complex.  If that license or registration is not based on years of operation or accreditation, it should be sufficient.  But, if your institution only holds an exemption (such as the exemption that California provides for regionally accredited institutions), then it may not be sufficient.

Fact 1:  The On-Ground Rule was left untouched by the decision that vacated the Distance Education Rule.  It remains in effect, even though enforcement has, to some extent, been postponed.

Common Misconception 2:  “Since the May 2013 DCL delayed the implementation of the On-Ground Rule until July 1, 2014, I don’t have to worry about compliance until then.” 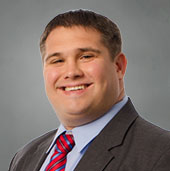 Compliments to Greg and Matthew for an exceptionally clear and useful exposition of the actual posture of the various federal rules.

The feds recently notified one state that its state authorization laws are not sufficient to meet the federal requirements for Title IV purposes, so it may be that other states will soon receive similar contacts.

The bottom line is that these state laws are the first place any college should look to determine whether it is operating legally. In general, the for-profits already do this, the independent non-profits sometimes do and the publics often don’t.

Therefore the greatest exposure to the consequences of not following state laws is at public institutions. A combination of lack of knowledge and unwillingness to act slowed public-sector compliance, although this is improving somewhat.

[…] You can learn more about the differences in the two types of ‘state authorization’ in a blog post that Greg Ferenbach of Cooley,  LLP wrote for us earlier this year.  In brief, some states are still confused about […]

[…] within a state and is NOT about distance education.  You can learn more about the differences in a blog post that Greg Ferenbach of Cooley,  LLP wrote for us earlier this year.  In brief, some states are still confused about […]

[…] Posted in February, Greg Ferenbach of Cooley, LLP enlightens us on a second state authorization regulation (for institutions operating within their own state) that has also had a bumpy path. […]

[…] In brief, the state must authorize EVERY institution that seeks federal aid and must have a “process to review and appropriately act on complaints concerning the institution including enforcing applicable State laws .” For a more complete explanation, see a great post from Greg Ferenbach and Matthew Johnson of Cooley, LLP. […]

[…] Regarding face-to-face programs in other states: You should look around your institution to determine if you have any “on ground” programs in another state. Using the financial aid definition of “location,” this is a program in which “at which it offers or will offer 50 percent or more of an educational program if the institution wants to disburse title IV, HEA program funds to students enrolled at that location…” If you have such a program, you will be expected to identify the oversight agency that approved your institution’s ability to offer programs in that state and identify the complaint process for that oversight agency, as well.  This does not apply to programs offered via distance education, unless they have a significant face-to-face component that exceeds the “location” definition. For a more complete discussion of the “on-ground” vs. “distance education” distinction, see the WCET Frontiers blog post by Greg Ferenbach and Matthew Johnson of Cooley, LLP. […]