Happy 60th Anniversary to the Western Institute of Nursing (WIN)! WIN is the western regional nursing organization that succeeded the Western Council on Higher Education for Nursing (WCHEN). Today we welcome Paula McNeil and Anna Galas from NEXus to discuss the history of WIN and the changes the organization has gone through since the separation of WCHEN and WICHE. We are also excited to hear about the NEXus, a program created by WIN and WICHE. The nursing exchange program is an exciting opportunity to reduce costs of online course creation, increase choice of courses for nursing students, and allow for shared courses (which may help reduce administrative costs and barriers).

Read on to learn more about this great program! Thanks to Paula and Anna for your post this week!

The Western Institute of Nursing (WIN) will celebrate its 60th Anniversary and will present the 50th Annual Communicating Nursing Research conference on April 19-22, 2017 in Denver, C0. We’re “coming home” for this conference. WIN was created as a program of the Western Interstate Commission on Higher Education (WICHE) in 1957. The Western Council on Higher Education for Nursing (WCHEN) was housed with WICHE in Boulder, CO with Jo Eleanor Elliott as the program director. WCHEN was founded on the core value of the interrelatedness of education, practice, and research, and this value sustains the organization and its programs today.

A planned separation between WCHEN and WICHE began in the mid-1980s, the name was changed to the Western Institute of Nursing (WIN) and by 1995, was sufficiently self-supporting to leave WICHE. The moved to the Oregon Health & Science University (OHSU) School of Nursing was completed in 1996.

WCHEN’s Communicating Nursing Research Conferences was the first of its kind in the United States (US), and a testament to the courage, vision, and determination of nursing leaders in WIN. At the time of the first conference in 1986, there were only about six nursing programs in the West preparing nurses for leadership positions in nursing education, essentially no body of nursing research, and only about 10 nurses in our region held doctoral degrees, mostly in other disciplines.

The first agenda for WCHEN was to communicate nursing research to help grow the body of nursing knowledge. The first conference presented five research reports with critiques with 44 people in attendance. Steady growth in nursing research and knowledge has continued over the past 50 years. In 2016, there were a total of 194 papers and 465 posters presented to an audience of 926. WIN’s commitment to nursing research, education and practice is reflected in the “NEXus: The Nursing Education Xchange” consortium.

Although a formal relationship no longer exists, WIN and WICHE have remained amicable partners on a variety of projects, of which NEXus is a highly successful example. As an outgrowth of WICHE’s NEON grant, WIN and WCET joined forces to submit a successful grant to the Fund for the Improvement of Post-Secondary Education, US Department of Education1. The aim of the project was to address the looming nursing shortage and facilitate doctoral students in completing their programs of study by making accessible the distance education courses from among consortium members.

The project had three main goals:

Through NEXus, member institutions offer about 250 courses/academic year (AY) taught through distance modalities. NEXus rents the WICHE ICE database system and makes the nursing courses available through the NEXus Course Catalog. Each institution identifies the courses and seats available, often filling empty seats. Courses are clustered by interest and topic area to assist students and their advisors in selecting the best courses as an elective(s) in the students’ degree programs or possibly substituting for a required course for an off-time student.

The first courses were offered in AY 2006-2007 and started with PhD nursing students. A pilot project to add Doctor of Nursing Practice students to the consortium began in Fall 2009. Many courses are now open to both PhD and DNP students, further enriching the doctoral education experience.

Student Feedback: Expand Access to Courses, But There Is a Cost

A total of 138 individuals who have taken NEXus courses have graduated through 2015.

Surveys of students taking a NEXus course are completed at the end of each term. Responses from students are consistent. NEXus students are able to take courses that are not offered on their own campuses, and the consequences of not having an available NEXus course would delay graduations. The most frequently mentioned concern about NEXus courses is the cost.

NEXus courses are offered at a set tuition rate.  The rationale for a set tuition rate is that the tuition among consortium members ranges between $567 and $1,952 per semester hour. The NEXus Common Price has remained steady at $775/semester hour, but will increase to $825 in AY 2017-2018. Consortium members determined that a common price would not disadvantage the programs that have higher tuition. Some institutions with lower tuition have developed ways to compensate for the higher NEXus cost to their students, such as offering scholarships. Revenue from the common price is split between the teaching institution, the home institution and NEXus.

The NEXus project is fully sustainable following support from the two federal grants2. A decision by the HRSA Division of Nursing to change its grant focus resulted in a lack of fit with NEXus, and the project was unable to apply for an extension grant. The consortium members responded quickly with the establishment of membership dues. The annual dues and the tuition split based on growth of members has resulted in full sustainability of the project.

Collaborating to Help Students is the Western Way

Students who have taken NEXus courses present their research and DNP projects at the WIN Conference (and other regional conferences), resulting in further growth of nursing research and the body of nursing knowledge. NEXus brings together nursing education, practice and research. It remains an exciting and productive project, the result of cooperation between WIN and WCET/WICHE. It is, after all, the Western Way. 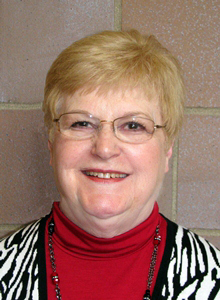 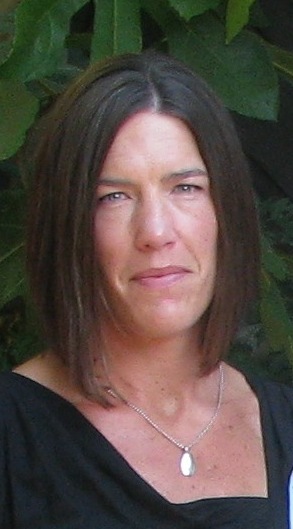 1Fund for the Improvement of Postsecondary Education, US Department of Education (FIPSE #P116B040822)

2US Department of Health and Human Services, Health Resources and Services Administration (D09HP09070)

A Digital Accessibility Agenda for Education