Earlier this week, we shared some very important issues from recent Federal rulemaking that will likely have a big effect on distance education. You probably have heard much more about the other “bigger” issues addressed during this rulemaking such as the 90/10 Rule and Gainful Employment. Our reporting on the 2022 Institutional and Programmatic Eligibility Committee has been primarily focused on surprises found in “Section 32” of Issue #6, Certification Procedures due to the potential effect on distance learning providers.

However, we would like to share a bit more about the rulemaking committee’s outcomes and point your attention to a few other issues that could affect serving students by distance education. We will start with a rulemaking timeline recap and close with more information about how you can be involved in the rulemaking process moving forward.

Issue #5 of the rulemaking addressed Changes of Ownership and Change in Control. The Department shared that this issue was important for rulemaking to address the increase in the number of postsecondary institutions converting from for-profit to non-profit status as well as changes in ownership. There is a concern that these changes present a risk to students and the proper use of Title IV Federal Financial Aid funds. The proposed language offered by the Department included a change to several definitions of terms found in 34 CFR 600.2. Proposed language was offered to amend the following terms: Additional location, Branch campus, Distance education, Main campus, and Nonprofit institution. The Department expressed their intention to clarify these definitions as they believed they were the source of confusion.

The Department proposed language for an additional section for the definition of Distance Education:

A theme of the 2019 regulations was to not regulate through definitions, and there seems to be several issues that are being regulated in this proposed section. This issue did not reach consensus noting nine dissenters. When negotiators provided the reasons for their dissent, several shared concerns about the change to the definition of Distance Education and definition of Nonprofit institution.

You may recall that, in the previous post, we explained that Issue #6 addressed Certification Procedures. This is the certification process for an institution to participate in Title IV financial aid programs. The Program Participation Agreement (PPA) provides the terms and conditions to obtain and maintain certification.

The purpose of Section 26 is to address the appropriate length of aid eligibility in a recognized profession. The Department expressed concern in the variation of length of programs for the same occupation across the states.

The Department proposed language to place in the PPA:

….the Secretary limits title IV, HEA eligibility for the program to the lesser of:

Issue #6: Certification Procedures did not come to consensus with six dissenting votes. The negotiators expressed concern about a variety of components of this issue. Specifically, regarding Section 26, several considerations remain unaddressed:

Again, the Department is creating a conflict between state laws and federal regulations.

For additional information about the more prevalent issues of 90/10 Rule and Gainful Employment, you may wish to review the daily Negotiated Rulemaking meeting highlights from our colleagues at NASFAA (National Association of Financial Aid Administrators).

What Can (Should) You Be Doing?

In the first blog post, we used the word “excite” in two ways. For “March Madness,” people can get “excited” or hyped-up at the anticipation. For the second meaning, we thought that the proposed language might “excite” some of our members (as in stir you to action). Here is our current best thinking on actions to take.

The Department of Education was very clear that they will not be accepting any comments until it releases the proposed regulations for the official public comment period. To publish the final version next fall (they have many that they have to publish), the Department will need to seek public feedback in late Spring to early Summer. Meanwhile, start communicating. As a benefit of SAN and/or WCET membership, members will soon receive access to a two-page synopsis that you can share with your institution colleagues.

Send Us Your Stories

Above all, we suggest that you gather stories about students who will be affected.

If you have good stories, share them with us.

Beyond student stories, we are also interested in stories of great impact on a small institution, impact on institutions serving minoritized or rural students, or that offer other examples of broader impact on student population.

Send your stories to us so that we can share them more broadly.

While we are for increased consumer protection, we feel that these proposed regulations overshoot their goal more often than necessary. We agree that bad actors should be driven from the higher education field, but the resulting collateral damage could be widespread. The beneficiaries will be large, well-funded institutions while smaller and growing institutions will become non-competitive.

We too will be working to try to improve the proposed language as much as possible and to understand the impact.

We will continue to keep you updated as we learn more. 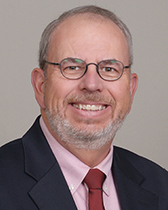 Together, as an Online Community: Building an Online Program from Scratch