In an extended conversation with the U.S. Department of Education (US ED) IPEDS personnel, they confirmed which distance education enrollment counts colleges should be reporting to the Department’s IPEDS (Integrated Postsecondary Education Data System) survey.

The Department representatives also wondered why we did not highlight some of the errors made by colleges in reporting their enrollments.   They encouraged colleges to follow the IPEDS definitions and instructions and to call them if they have any questions.

A few weeks ago Phil Hill of the e-Literate blog and I reported on anomalies that we found when colleges reported their distance education enrollments to the U.S. Department of Education.  Earlier this year the Department released data from its Fall Enrollment 2012 IPEDS (Integrated Postsecondary Education Data System) survey.  For the first time in a long time, the survey included counts of distance education students.

Upon publishing our initial IPEDS blogs analyzing distance education enrollments, we heard from some of our readers.  They told us about the following situation in reporting their numbers when they strayed from what was expected of them.

Undercounts:  Some Colleges Did Not Report All of Their Distance Education Students

The first report was from a college that did not report any of their students who were enrolled in continuing education, self-support (receive no state funding) colleges.  We were surprised at this and learned that other colleges also did not report all their distance education students.

In following up, some whom we contacted were unaware that there were self-support entities on some campuses that offered for-credit courses  leading to full degrees.  They do exist.  The most common instance is with public colleges that have a College of Continuing Education.  Jim Fong, Director, University Professional and Continuing Education Association’s Center for Research and Consulting, said that his organization has about 370 members.  In a survey a couple years ago, about 91% of the respondents to his inquiry have for-credit offerings.  He did not have data on how many are self-support units.

Reasons for the Undercount

We heard different reasons for not reporting these students:

Response from the Department

The Department was offered a chance to provide a written response, but they declined.  In their discussion with me they noted: 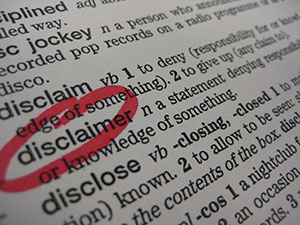 Overcounts:  Some Colleges Using the Wrong Definition of “Distance Education”

Reasons for the Overcount

We heard different reasons for using their own definitions:

Response from the Department

In their discussion with me they noted:

Finally, we could ask the question as to whether the Department’s definition of “distance education” is a useful one?  On the plus side, it is a clear definition.  On the negative side, the “nearly 100%” definition does not reflect current practice.  But, that’s a question for a different day.  And it is a discussion that may need to include accreditors and states.

For now, let’s use the definitions as presented by the Department so that IPEDS has accurate data to inform federal financial aid policies.

Join us in Portland, OR for the WCET Annual Meeting – November 19-21.

[…] Posted in October, the Department’s response to our IPEDS distance education enrollment anomalies was to suggest that institutions follow the instructions. […]

[…] on this analysis, NCES essentially responded by saying to ‘follow the damn rules, we’re not changing our approach’ […]