The value of micro-credentials and badging needs continual clarification

Welcome today to David Porter, CEO of eCampusOntario, who joins us to discuss the value of micro-credentials and badging. After an intriguing keynote presentation at an educational event, David reached out to several education colleagues who work and research in the micro-credentials and badging arena. Today he shares his observations from these discussions, and provides us an update on what ECampusOntario is implementing in this area as well.

Thank you David for bringing us these great discussions. We’re excited to hear more about eCampusOntario’s inititaives moving forward and to see how the 2019 Badging Forum goes next year!

I recently attended a learning outcomes symposium organized by the Council of Ontario Universities, the organization that is responsible for the university sector affairs of the 21 major universities in our Ontario (Canada) system.

The keynote speaker, Ryan Craig, from University Ventures, surprised the audience with some challenging ideas taken from his recent book, A New U: Faster + Cheaper Alternatives to College.  I was somewhat confused by the sense of fright that many of my colleagues in the audience expressed. Comments such as “too business focused,” “too American,” and “unrealistic” were some of the comments I heard. A short video summary of Craig’s thesis can be found on YouTube (and is included below), if you want to get a flavor for the central themes of his presentation. He supported his remarks with lots of data and current examples of alternative ways of thinking about learning and work that would seem to have appeal to today’s learners and employers.

Ideas such a “last-mile training,” and “competency networks” did not get a wholly warm reception from the predominantly university audience at the symposium, despite the seemingly obvious idea that today’s learners are highly concerned with their transition to work from post-secondary education. One point that seemed to concern some members of the audience was Craig’s assertion that on-campus career centers might be best situated to counsel students about jobs in career centers, rather than for more contemporary jobs in the workforce.

He definitely pushed all the buttons, and I expect on further reflection, there were lively discussions on our campuses about the implications of the keynote. Mission accomplished by the symposium sponsors.

Craig’s thoughts about last-mile training and competency networks did resonate with me. This led me to contact a few colleagues who have been actively implementing micro-credentials and badging schemes on their campuses, primarily in college settings rather than in research university environments.

I started with a very free-thinker when it comes to practice change, Phil Ker, CEO of Otago Polytechnic in Dunedin, New Zealand. Our paths have crossed a number of times because of our mutual involvement as founding members of OERu.org.

Phil was clear in stating the need for micro-credentialing strategies to satisfy both learners’ and employers’ needs.

“About three years ago it was clear that two things were running in parallel. One is that learners were starting to get irritable about mainstream qualifications, degrees that didn’t go anywhere. At the same time, employers, particularly in the New Zealand context, were saying:

“You guys are irrelevant. Employers, given half a chance, would have us do all their training for them. We accept that, but what they were really saying was that there is so much change going on, and by the time you build new skills and content into your degree programs, four years have passed by.”

Phil went on to explain the need for micro-credentials as a solution that would also better prepare students for the workplace, along with a way for them to prove or demonstrate their skills.

“It was really putting those two things together, and I guess we smelled it coming. It was time, it was back to the future, because the short course has been around forever, but the key here is the micro-credential. What the employers were saying is we actually want the skills developed, we want to know they’ve been developed.”

Phil and Otago Polytechnic have launched EduBits as a response to the emergent skills challenge from learners and employers in New Zealand. EduBits is squarely aimed at learners and employers, using custom-tailored approaches to skill development with distinct value propositions for each audience. The messaging on the EduBits website is focused and invites further exploration.

A local institution moving along a similar path is Humber College in Ontario, Canada with a micro-credentialing and badging initiative launched in September 2018. Eileen De Courcy, former AVP Teaching and Learning at Humber, and now Senior VPA at St. Lawrence College, explained her thinking about the Humber approach. She noted that there had been lots of discussion over the years around helping students to articulate the types of skills that they possess when they leave the institution, and that most often these discussions had resulted in interventions such as e-portfolios or co-curricular records, and neither was a perfect solution.

Eileen supported an experiment at Humber College in 2018 by building a badging system for micro-credentials in two program areas where the benefit to students and employers could be realized almost immediately. Humber chose to design micro-credentials for skills associated with a social media program, and for the REVIT software system that was used in architectural design programs. Each skill-set was in high demand by employers, and students needed a way to demonstrate they had those high-currency skills. What Humber did by selecting “hard skills” as the focus of their badged micro-credentials was to explicitly demonstrate the validity and integrity in a badging model, according to De Courcy.

Theresa Steger, Director, Digital Curriculum at Humber College, noted that the selection of REVIT to be the candidate for a badged micro-credential cluster was to bring a focus to “industry specific skills that employers were looking for that sometimes get lost in a transcript or course description.”

She emphasized that students may not always think to highlight the details of what they know or can do, and consequently with their badged micro-credentials, as well as their CV and their transcript in hand, they are in a much better position to highlight to industry recruiters the “big-demand skills” that they can actually demonstrate. A benefit to the REVIT program at Humber was micro- credentials at the college could be achieved in three different courses, in each of three different programs. The bonus according to Steger was that “we’re now badging a component in each of the courses and programs that is worthwhile immediately to industry.”

The mechanics of making the badges and micro-credentials work within the Humber curricular ecosystem required additional thinking on the part of designers and instructors. Theresa noted that her team spent time examining the REVIT learning outcomes and competencies and wordsmithing the REVIT-related course learning outcomes to make sure they were consistent across the three programs and that they were truly aligned with what would need to be assessed. It was a pragmatic approach to ensure they could map the badge criteria to competencies or skills frameworks and assess them.

The Humber team has used its two initial badged micro-credential programs to begin to set a pattern for programs that will follow.

Clarifying the distinction between micro-credentials and badges is a necessity

Don Presant, CEO of CanCred.ca an open badging infrastructure provider, found it interesting that badges and micro-credentials are beginning to occupy a common thought space among academic planners and developers. The thinking on open badges did not start out that way, according to Don.

“In a sense, open badges were invented to deliver what formal education wasn’t delivering and it’s interesting that formal education has paid such increasing attention to them over the past three to four years. One of the consequences of formal education getting involved in open badges is the conflation of open badges with the notion of a micro-credential, a stackable credential that’s generally part of a larger credential… All of which tends to make what was an initially simple idea much more complex, and is viewed by some as the kind of containment strategy that a self-healing organism might use.”

With those pointed comments, Don highlighted the kind of skills pressure Phil Ker spoke about, where micro-credentials, short courses and badged evidence are forming a response pattern from institutions when employers point to the need for high-currency skills.

In fact, the combined approach of using badges and micro-credentials together might also be considered a clearer strategy for institutions to employ when they are looking to increase the employability of their graduates. By helping learners to show the high-value skills they possess using badged micro-credentials, institutions are also demonstrating that they understand the demand for high-currency skills in workplace settings, and are shifting their thinking to meet that demand.

Where do soft skills fit in the world of micro-credentials and badges?

When I asked Don about “soft skills,” or what UNESCO and the European Commission call “transversal skills,” he pointed out that soft skills were much more difficult to assess, and agreed that the move to badged hard skills associated with micro-credentials was definitely a more straightforward approach for institutions. 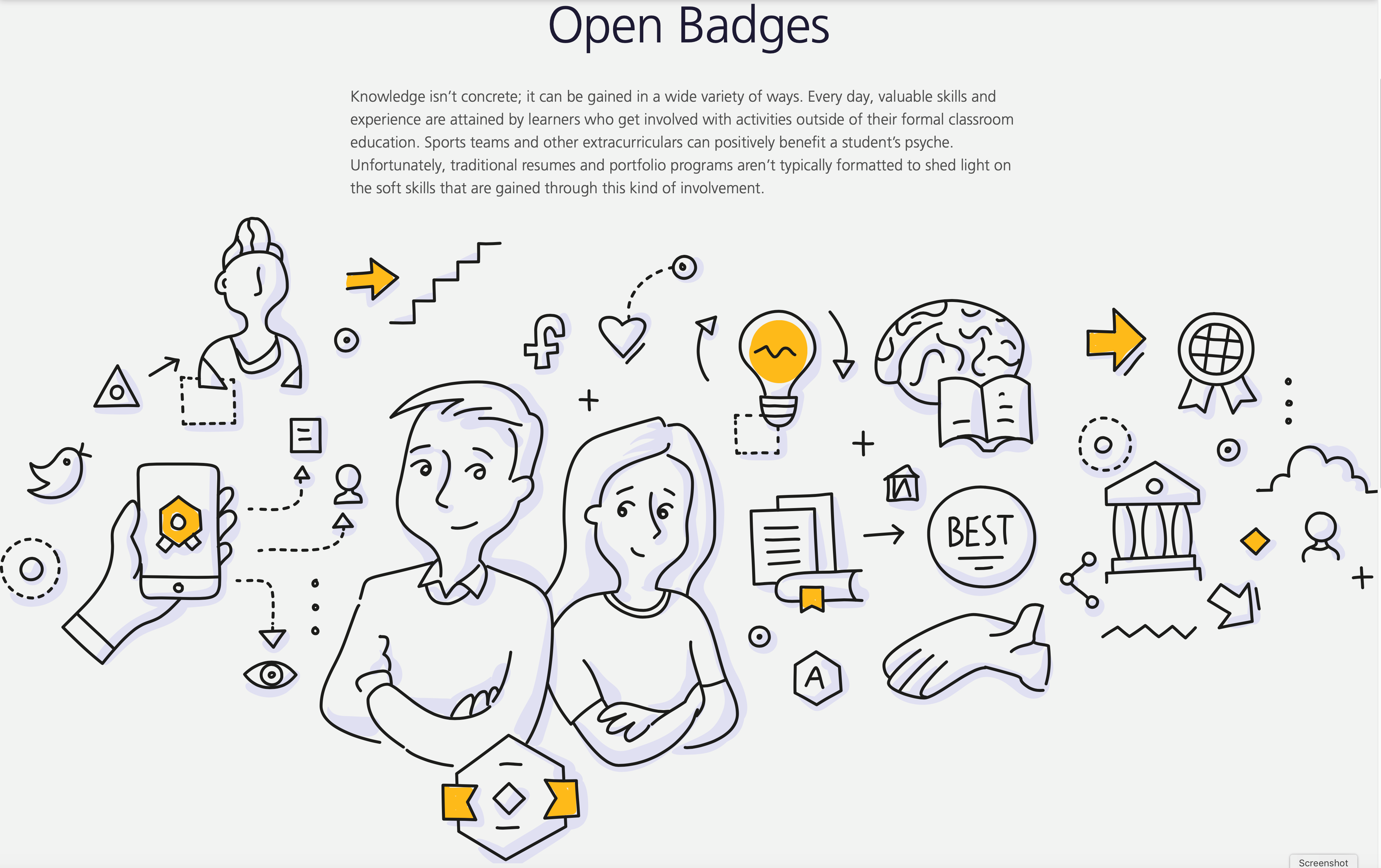 When asked about examples of programs that were trying to deal with the badging of transversal skills, Don pointed to the Student Transformative Learning Record (STLR) program at Oklahoma State University, along with the 21st Century Skills Badging Challenge. He further noted that post-secondary environments that are skills-focused are usually the locations where micro-credentials and badged hard skills find their place more easily. It is somewhat more difficult within research university environments to bring badged skills into focus.

Dealing systematically with the emerging demand at an institution level

Laurel Schollen, VP Academic at Seneca College, recognizes the pent-up demand for micro-credentials and badging across her institution. She sees the importance of micro-credentials in satisfying students’ demand to express, and employers’ need to identify explicit skills, and is taking the strategic view that when her college does expand its approach, it would do so using a solid framework that includes consultation with students, faculty, staff and employers, to ensure common understanding of the goals and pathways.

That process is ramping up at Seneca, and Schollen emphasized that the biggest challenge for her team right now is to understand the nuances of micro-credentialing systems sufficiently in order to start off on the right foot, to adopt a thoughtful approach so as to avoid unintended consequences downstream.

Where do we go from here?

I think it is safe to say that there continues to be limited experience with badges and micro-credentials across the post-secondary sector generally, and that is why we need more experiments at various kinds of institutions.

At eCampusOntario, we have funded a series of badging experiments in our universities and colleges, each of which is currently being documented in a short summary report which will be publicly available on our website.

We’ve also installed a badging infrastructure for the province of Ontario to test, using the CanCred.ca badge passport as the repository for open badges awarded by our institutions. 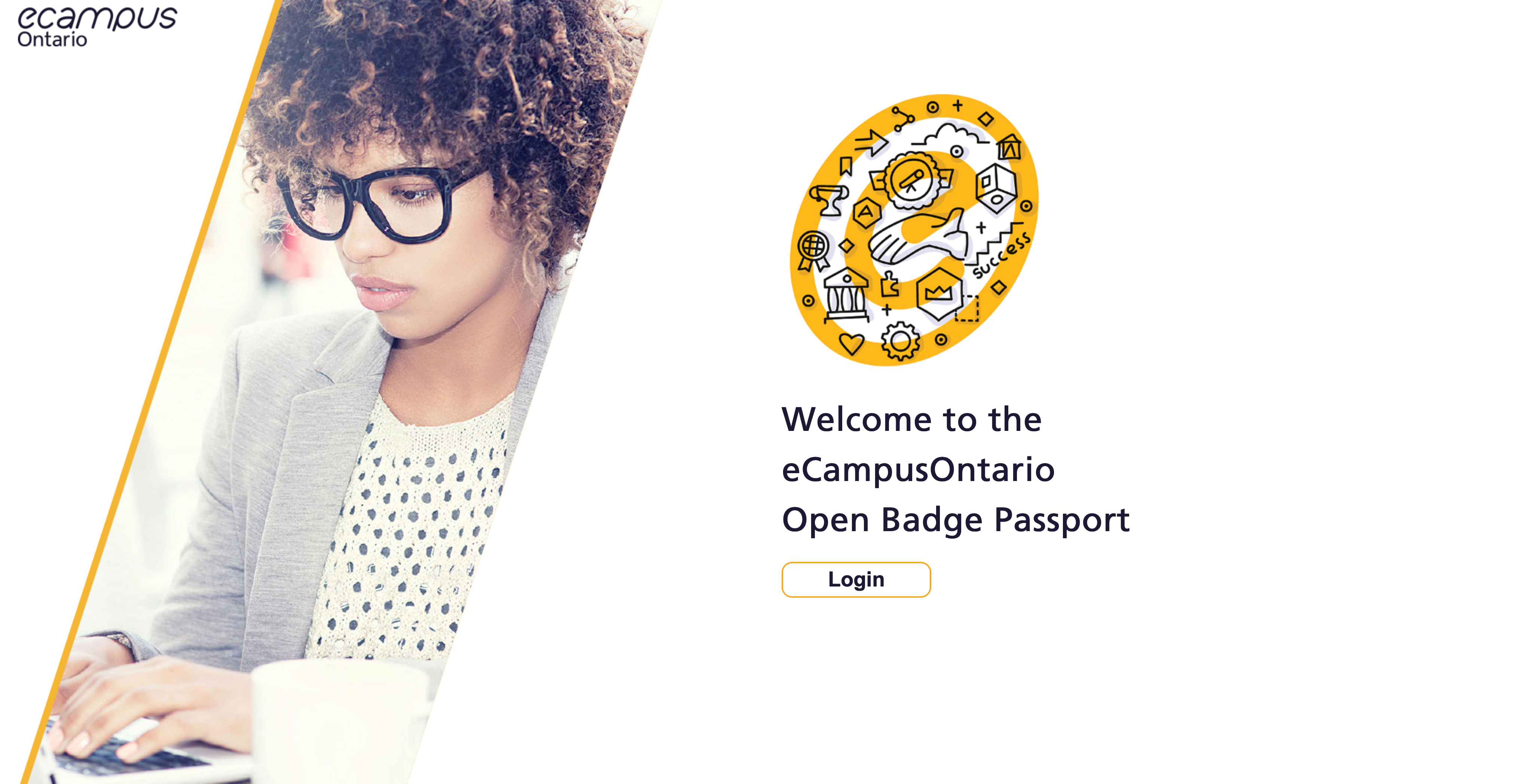 And we’ve experimented with a badged professional learning program called Ontario Extend that awards badges to educators based on the outcomes of their participation in the self-directed, online program. 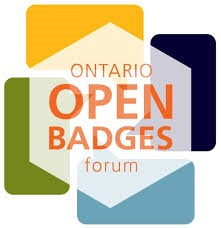 We also hosted a Badging Forum in 2017 for institutions, employers and government representatives to attend, present, and discuss issues related to micro-credentials and badges.

We expect to host a similar event in 2019, and invite WCET colleagues with an interest in micro-credentialing and badging to attend and bring their ideas and examples to the forum. Keep an eye on our eCampusOntario website.