As if we needed more excitement! The Department of Education uttered its first peep regarding the impact of the U.S. District Court’s April 26, 2019 ruling of a vacatur of the delay of the 2016 Federal Regulations relating to State Authorization. These 2016 Federal Regulations became effective May 26, 2019. Yesterday, July 22, 2019, The Department offered guidance in the form of an FAQ about the documentation requirement of a State Complaint Process found in 34 CFR 600.9(c)(2) that became effective May 26, 2019.

In this post, we give you a brief background on the history of this issue. We also do the best that we can in offering you some advice on how you and your institutional leadership might react.

The Department of Education’s Guidance

This regulation indicates that to participate in Title IV HEA programs, an institution must document that there is a State process for review and appropriate action on complaints from any enrolled students in any state in which the institution’s enrolled students reside.

The Department acknowledges that California does not have a process to manage complaints for private non-profit or public institutions offering distance education to students in California. Therefore, the institution is not able to provide documentation that California has a process. In performing some extrapolations on the NC-SARA enrollment data, this is a huge problem for tens of thousands of students! Technically, they are now ineligible for federal financial aid. 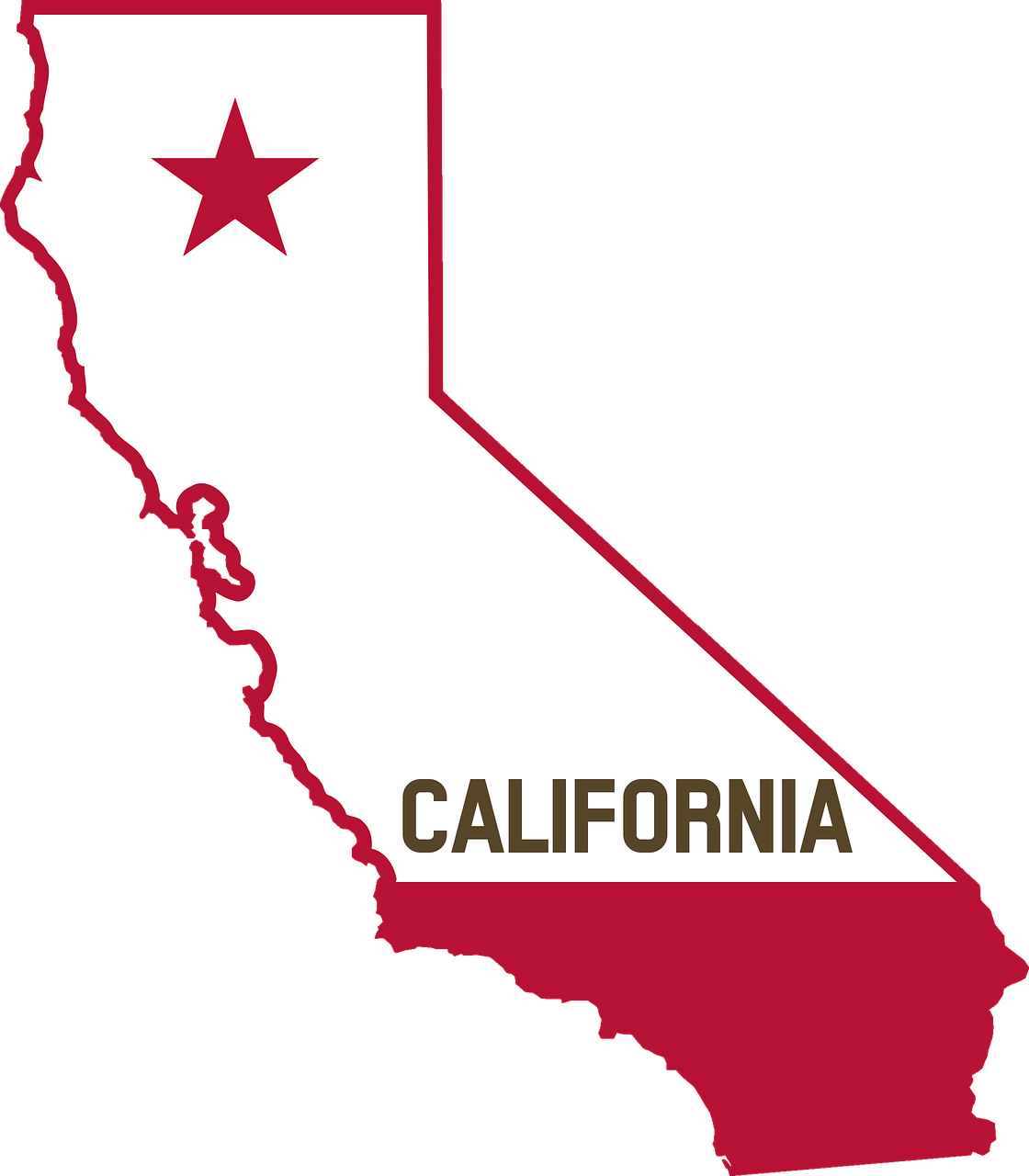 The Department stated the following, “As a result, until California establishes such a process for out-of-state public and non-profit institutions or enters into an appropriate reciprocity agreement, those institutions will be unable to comply with the now-effective 2016 regulation if they provide distance education or correspondence courses to students residing in California. Thus, under the 2016 regulation now in effect, students residing in California receiving distance education or correspondence courses from out-of-state public or non-profit institutions are ineligible for title IV programs until such time as the State of California provides those institutions with an appropriate complaint process or enters into a reciprocity agreement.”

The bottom line is that the regulation indicates that public or private non-profits outside of California are subject to this regulation and may not offer Title IV Federal Financial Aid to students who participate in distance education in California. While the California issue affects all institutions, non-SARA institutions enrolling a student in a small number of other states lacking a complaint process are similarly out-of-compliance. It also has an impact on students studying at a distance who are located in territories or freely associated states, such as Guam or Northern Marianas Islands. So far we have not been able to identify complaint processes in those jurisdictions.

How WCET and SAN have Addressed this Issue

As you may recall, we raised this lack of a compliant process as a concerning situation more than two and a half years ago upon the December 2016 release of the Federal regulations. In this article, we shared that we had commented after the proposed regulations were released that we worried about states (like California) and that there would be students left ineligible for Title IV Federal Financial Aid. As the final regulations were in limbo through 2017, we again addressed the concern when the Department asked for comments on Federal Regulations. We asked for clarification about what to do about states such as California where there is no complaint process for out of state public or non-profit institutions. Then in spring 2018 we were concerned about the looming July 1, 2018 effective date with, then, no delay in sight. We attempted to provide institutions with some direction to manage the problem in California. Through more than two years of comments and articles, this announcement today was the first piece of guidance provided by the Department. 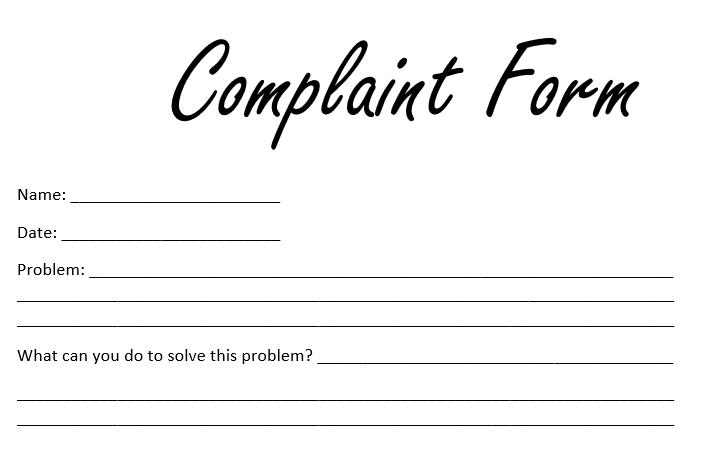 The July 2018 delay of the 2016 Federal Regulations appeared to be a respite from this problem. However, the lawsuit filed in August 2018 by the National Education Association et al focused on the illegal delay by the Department. The April 26, 2019 ruling vacating the delay caused us great concern for the students in California and others in states or territories that do not provide a Federally compliant complaint process. WCET and SAN raised this concern and others directly to the Department and the U.S. District Court in a May 6, 2019 letter that was several weeks prior to the Federal regulations becoming effective on May 26, 2019. We advised the court and the Department that many thousands of students would be caught unaware, ineligible for Federal Financial Aid, and without recourse. In the letter about the court ruling, WCET and SAN shared  that we knew these regulations would become effective, but that we hoped the Department would provide guidance before the new effective date of May 26, 2019. Our goal was to be part of the solution and not to create the widespread panic that today’s announcement from the Department seems to have created.

What Action Should Institutions Be Taking?

It is really difficult to give you specific actions to take absent further guidance from the Department. Many questions remain for compliance:

And those are just a sample of the questions.

But, today is today and we are where we are. What should you do given the current state of affairs? A few pieces of advice…

We received an email in the last few days from an institution asking if they were subject to state authorization rules. Of course, they were. As we have often said, states have always had expectations that you follow their laws before enrolling the first student or engaging in other activities within their boundaries. That is true whether there is federal regulation or not.

At the federal level, it has been clear that the U.S. Department of Education was going to tie federal financial aid eligibility to an institution having approval in a state for some time. As of May 26, that expectation is now regulation. Today’s action is just another in a long line of wake-up calls about compliance that you cannot continue to ignore.

Examine the locations of your distance students

For the students that you are enrolling from out-of-state, create a list of how many are enrolled in each state. We have already had people contact us saying they do not know where their students are located. That is not an acceptable answer. For state purposes, you are subject to the laws where the student is located. For federal purposes, you need to demonstrate that you are in compliance with those laws. If don’t know the student’s location, you can do neither.

Creating the list will help you determine the extent of the problem that you might have if you enroll students in California (if you are a public or non-profit) or in other states without complaint processes (if you are not participating in SARA). And that will help prepare you for the next step…

Engage campus leadership in a discussion about risk tolerance

We deeply wish that the Department would have said more about how institutions are to comply with this complaint issue. Some factors to take into account:

Lacking such guidance, the next move falls to the institutional leadership to take the information it has and to decide on next steps. You will need to answer questions, such as:

These are decisions that should be made at the highest levels of the institution. Your institutional leaders may wish to engage your Congress person or Senator in seeking more guidance from the Department.

We would love to see every state have a complaint process. But, the process envisioned in the 2016 regulations of forcing states to have one simply does not work. We should continue to press this issue in states that do not have a process.

Whatever your decision is regarding this issue, let’s do our best to minimize harm to your students. They are not the ones who created this situation.

What Will Happen Next

You may have noted that the Department indicated in the guidance that they have since reconsidered this policy and the harm that it causes students and institutions. The proposed regulations resulting from the negotiated rulemaking sessions held earlier this year eliminated this requirement. Additionally, the Department indicated that it will file a motion for clarification or other appropriate pleading to the U.S. District Court to seek protection for students in California. The Department did not indicate in its notice that it filed an appeal of U.S. District Court ruling in the U.S. Court of Appeals on June 24, 2019.

Timeline for the court ruling (CR) and Negotiated Rulemaking (NRM):

We do not expect a quick resolution of the complaint process issue for California by its joining SARA. Our hope is that they will, but in the meantime, WCET and SAN are working with our colleagues at WICHE to pursue a response regarding the development of a complaint process in California, the territories, and the freely associated states. Again, while we are calling for quick action, that might not be possible.

We will continue to monitor and share any updates as they occur.

Here are additional resources you may wish to review:

As always, thank you so much for your wonderful advice and for simplifying the complexities for the reader.

[…] a great explanation of those challenges, take a look at last week’s blog post by Cheryl Dowd and Russ Poulin. Since last week, California believes that it has created an […]