On Monday, the Presidents’ Forum of Excelsior College held a meeting in Washington, DC addressing the “Federalization of Higher Education.”  Other topics arose, but the main focus of the discussion was on the ‘state authorization’ regulation.

While I was on the closing panel, by far the most interesting session was one that included Eduardo Ochoa, Assistant Secretary for Postsecondary Education, and David Bergeron, Deputy Assistant Secretary for Postsecondary Education, from the U.S. Department of Education.  I applaud both of these leaders for their willingness to state their case and to take questions from a “not-so-happy” audience. While I did not get exact quotes all the time, here are my best attempts at recreating what they said…in their own words…or as close as I could get:

1.       Completion Goals. Ochoa:  We are totally focused on supporting the President’s 2020 goals for increasing college completion. 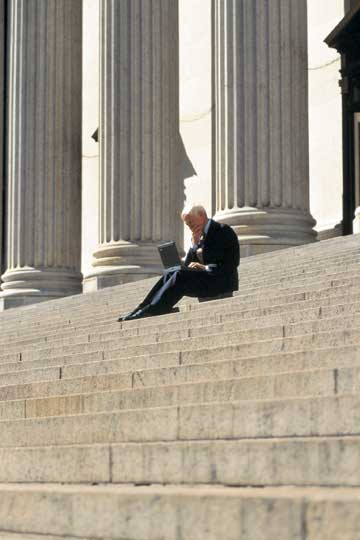 2.       Why Does this Regulation Exist? Bergeron:  During the rule-making process, we received public comments, so we needed to address it.  Institutions need to be in compliance with local laws.  There is an Executive Order saying that we can’t preempt state laws.

3.       On the State of Institutional Compliance. Bergeron:  Our assumption that institutions were already in compliance was “ummmm…probably off.”  <This brought a chuckle from the crowd.>

The Problems with the Regulation are Overblown

4.       F.U.D. Ochoa:  There is much F.U.D. (Fear, Uncertainty, and Doubt) out there.  I am optimistic this can be cleared up. Many of the perverse consequences are hypothetical and assume a narrow a rigid view in interpreting the regulations.  “Certainly, we will not do something that makes no sense!”

5.       Terminating Financial Aid Programs. Bergeron:  We terminate, on average, two programs per year.  Accreditors terminate many more. We work with schools to bring them into compliance.  “That’s just what we do.”

6.       How Will Auditors Know if an Institution is in Compliance in a State? If there is no list, how would those reviewing financial aid programs know if the institution is in compliance or not?  Response (I did not record who said this): In a particular matter, the reviewers would check with the state to see if the information was correct.

7.       Department Not Creating a Directory. A question was raised about the Department not making a directory.  This implies that each institution needs to compile and create its own directory. Bergeron:  The Department will not make a directory. Initially, they will rely on the publicly available directories produced by WICHE << hey that’s us and our partners >> and others.

8.       Differences in State Regulations. Cumbersome state regulations are not an argument against the federal rule.  This points to a need for better state rules.  They met with the State Higher Education Executive Officers Executive Officers (SHEEO) on Saturday and it was recognized that some rules are out-of-date.

9.       State Laws are Outdated and States are Not Ready. A question was raised about archaic state laws and the lack of capacity for states to respond to institutional requests about those laws. Ochoa:  In the meeting with SHEEO, there was realization that the states will need to update their rules.  Perhaps this regulation will be an incentive for those states to change their laws.  If a state is revising their regulations and that causes a delay, an institution needs to document that fact in writing from the state.

10.   Why is Documenting State Regulations an Institution’s Burden?  A question was raised about why each institution needs to document that a state does not have regulations or is updating its regulations.  Ochoa:  We have been working with states for a long time to update their regulations.  This will provide an incentive for them to do so.  President Ebersole of Excelsior College responded that the incentive assumes that states want to update their rules and will not seek to protect their own institutions.

Clarifications to the Regulation

11.   Applicability of this Regulation to Non-credit Courses/Programs. This regulation covers only Title IV funds.  Whether an institution’s courses and programs complies with state laws is another issue.

12.   Transient Students. A hypothetical question was asked about a student who goes to an out-of-state home for the summer, but takes all the other courses in person at the institution.  They replied that the Department has a list of questions it does not like being asked and this question might be added to the list.  <<Laughter>>  Bergeron: The Department would expect the institution to be in compliance with state laws.  However, they would not be looking for such instances unless there was a student complaint.

13.   ‘Good-Faith’ Effort and ‘In Process.” A question was asked about further definition of the term ‘in process’ that was used as part of the ‘Dear Colleague’ explanation of a ‘Good-Faith’ effort to comply.  Ochoa: Whatever steps that you have taken to move the process forward, document those steps.

Important Questions on Costs, Innovation, and the Timeline

14.   Stifling Innovation. An impassioned plea was made to update this regulation as it flew in the face of innovation and would run contrary to the President’s completion goals.  Ochoa:  You can’t know the impact of this regulation because it has not come into effect yet.  Most of the perceived consequences are hypothetical.  During the rule-making process the Department received comments that it could not ignore. Our options were to either defer to existing state laws or to create a federal pre-emption of state laws.

15.   Cost of Compliance. John Ebersole, president of Excelsior College, objected to the notion that the consequences are not hypothetical.  His institution will pay in excess of $100,000 to comply.  Ochoa strongly disagreed with the estimate of the costs of complying.  He then made the observation that this was a “cost of doing business that preceded the federal regulation.”

16.   Extended Moratorium. A question was asked if there is anything that prevents a moratorium in enforcement being extended beyond a year.  Bergeron:  An extension would mean temporarily going against state law.  I don’t know how to do this. If a state says that it is not reviewing applications, document it. We want to bring institutions into compliance, we will work with institutions to comply.

In my part of the meeting, I asked for more impact statements.  I extend that invitation to you.  We need more stories about the impact that implementing this regulation will have on students. If you’re institution is deciding not to serve students in some states, is raising the costs to students, or taking other actions that will not benefit students, let me know at rpoulin@wiche.edu.  Please put the phrase “Impact Statement” in your subject line.

Join WCET!  Support our work on this issue.
Join our State Authorization Network.

2 replies on “State Approval: 16 USDOE Observations/Responses…In Their Own Words”

Thanks, Russ. I was at the meeting too, and agree that the most valuable portion was with Ochoa and Bergeron. I think you’ve summarized the salient points well.

They’re smooth. But it seems to me that if their point is that we should all have been complying with State Laws anyway, why don’t they also leave it to the states to enforce their own laws.