Will Higher Ed Regulations Weather the Perfect Storm Prepared to Sink Them?

Even George Clooney could not save the day as three storm fronts converged on his doomed fishing boat in 2000’s The Perfect Storm. Similarly, a new Republican President, Republican Congress, and an obscure law will come together to sink eight years of Obama Administration regulatory work.

You probably knew that, but the 2016 Republican Party Platform states:

“The President has been regulating to death a free market economy that he does not like and does not understand.”

Despite the hyperbole of that sentence, the Republicans have shown every indication that they plan to drastically reduce regulations in higher education and throughout government. In a brief conversation with Tim Powers of the National Association of Independent Colleges and Universities, he told me that some regulations with be dispatched quickly while others will be much more difficult to undo.

Prior to predicting what the future might bring, I need to geek-out a bit on an obscure piece of law: The Congressional Review Act (CRA). Signed into law by President Clinton (a little irony here) in 1996, the CRA has been only once early in the George W. Bush presidency to remove the Clinton Administration’s ergonomic regulations.

The CRA is most useful during presidential transitions from one party to another. It allows Congress may overturn “midnight regulations” enacted in the waning day of a presidential administration in anticipation of the president of another party taking office.

The CRA was written for the “perfect storm” of conditions that now exist. The provisions include:

For a more complete history, see “Mysteries of the Congressional Review Act” published a few years ago by the Harvard Law Review. 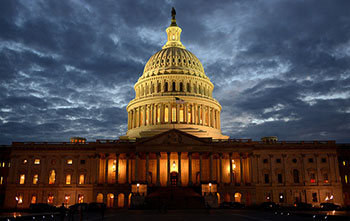 What Else Can Be Done to Kill Regulations?

…But What Does That Mean For Me?

The final regulation has yet to be released. See our comments on the proposed regulation. Part of me thinks that they will release it to force the Trump administration to kill it. On the other hand, if it is killed by the Congressional Review Act, the Department of Education’s state authorization regulation could be dead for a very long time. Either way, it is impossible to envision a scenario in which this regulation will be enforced any time soon.

BUT WAIT! For those who want to read this as meaning that colleges don’t need to pay attention to state authorization any longer, they are wrong. The states have always expected you to follow their laws. Several states have toughened their laws. If you are a SARA institution, that organization also expects you to follow its expectations for participation.

On October 12 of this year, the Department of Education released the final, controversial Teacher Preparation regulations. The regulation required every state to conduct additional reviews of (nearly) every teacher preparation program placing new teachers in the state. The requirements for teacher education programs offered at a distance are bizarre. The comment periods for this regulation attracted overwhelming negative response. The regulation will be subject to the Congressional Review Act and is probably toast.

The Republicans are upset over the Obama administration’s treatment of for-profit colleges. Last week’s Inside Higher Ed said: “The department wrote its regulations on gainful employment and borrower defense in response to what high-ranking administration officials and consumer advocates saw as fraud and abuse within an industry that experienced a boom after the Great Recession.” While those regulations are primarily aimed at for-profit institutions, some of their provisions have implications for other higher education sectors.

Rep. Virginia Foxx is on Trump’s transition team and is the incoming chair of the House Committee on Education and the Workforce. The article cites her as assuring that: “Republicans will do everything they can to roll back those rules.”

The Borrower Defense regulations included specific requirements for loan repayments for institutions that close. It also includes strict penalties for institutions of all types that misrepresent themselves or their programs to students. It was released only a few weeks ago and will probably be subject to CRA legislation. Again, this will be toast.

The Gainful Employment rules will not be subject to the CRA. It will take much more legislative effort to roll those back. This will be interesting to watch

I’ve heard that there will be less reliance on accrediting agencies to serve as the de facto compliance arm of the Department of Education…much to the delight of the accrediting agencies. On the other hand, the new administration’s focus on workforce skills may lead to the approval of new accrediting agencies. One outcome of such approval would be to open the door for alternative providers (boot camps, MOOC companies) to offer federal aid to their students…should they want to do so. Some of those providers are loath to have any third-party oversight.

We will watch the coming actions with great interest and will report on them to you. It will be interesting to see what the consumer protection groups do as they have worked hard for these regulations. They might turn their attention to helping students use litigation, state attorneys general, or the press to reign in abuses by institutions of all types.

Each of these regulations have sections that will definitely be missed.

Each of them went too far or were too complex.

Too bad we cannot come to reasonable compromise. We need the George Clooney with the guile of Three Kings, the cunning of Ocean’s Eleven, and the charm of Oh Brother, Where Art Thou? to write a happy ending.

Want more information on how the 2016 election results will impact higher education? Join WCET for a moderated conversation about higher education in the 2017 political climate. The free webcast will take place at 1:00 PM CST, Wednesday, December 7. Bring your questions. Special thanks to Blackboard, Inc. for cosponsoring this webcast.

Thank you to Ken Salomon (Thompson Coburn, LLP), Van Davis (Blackboard), and others  who have provided insights in the last few weeks. Some asked not to be named.

Education & Family Life: An Interview with a Portmont College Student

The Impact of Adaptive Learning on CTU’s Culture

6 replies on “Will Higher Ed Regulations Weather the Perfect Storm Prepared to Sink Them?”

Very helpful overview, Russ. Painting with a broad brush, it looks like a lot of the action is going to shift back to the states. This may lead to some of the venue-shopping that we saw during the peak diploma-mill years of the 1990s and early 2000s.

I suspect that SARA may become an anchor point against weird changes in federal expectations, as SARA is now a de facto national standard agreed to by states and providers (and which member states can amend), but which is largely disconnected from the federal regulatory scheme.

Great post as usual, Russ! Perhaps we need the redemptive George Clooney of Up in the Air, The Descendants, or Out of Sight…

[…] very soon. The Congressional Review Act provides a very convenient method for doing so. You can read more about it in a recent post of ours. Rep. Foxx mentioned state authorization as one of many rules the House […]

[…] a knowledgeable person who assured us that there will be a bill to end this regulation. Using the Congressional Review Act makes the process of undoing this regulation fairly easy when one party controls both houses of […]

[…] education regulation released in December 2016 will likely survive a little longer. Late last year, we reported that this federal regulation would likely be a victim of the Congressional Review Act (CRA). That […]